...Oh dear. Has it really been that long since my last post?

2018 fell on me like a ton of bricks. I had so much on my plate last year that some things had to give - and, well, this blog was one of those things. Here's what I've been doing instead:

All this has left me feeling pretty exhausted, so I've been taking it very easy through January. But, one of the highlights of each year comes when I look back at all the books I read this year, and remember which ones I loved most. So, let's do that. That will be fun!

In 2018, despite all the craziness, I read a total of 114 books, which is just 5 short of my previous record of 119 in 2015. So that's encouraging! Each year, I begin with a base goal of 104 books, or two books per year. So far I've had no trouble hitting that, but only because otherwise, I have no life.

Nada the Lily
I re-read Rider Haggard's epic historical fantasy of Chaka the Zulu emperor early this year in anticipation of the Black Panther movie, which I thought was the most Rider Haggard-looking film I had ever seen. Both of them were super fun, but this must be my one of my very favourite Haggard books.

On the Incarnation
Athanasius is my favourite church father, and this must be at least the third or fourth time I've read this small book. It was just as good this time as well.

Gaudy Night
I'd been meaning to re-read this ever since turning my nose up at it as a teenager. I finally took the plunge this year...and this book shot to the top of my sparse list of all-time favourites. Absolutely brilliant. (I then went on to re-read a lot more Dorothy Sayers this year, and will now insist that she is the greatest mystery novelist of all time).

I read about 42 non-fiction books this year. Many of these were short books on fashion (to give my brain a break) or indie-author business (to kick it into overdrive) - as well as the usual constant stream of academic crusader-history reads. All of them were great, but I'm going to wrestle them down to my five favourites:

The Mind of the Maker
Dorothy Sayers' book on Christian creativity was recommended to me for years and years, but I only got around to reading it this year. I'll admit, I was reading it as fast as possible to meet a podcast deadline, and it chewed up my brain a bit, but I loved what it had to say. Some of it repeated what I'd already figured out on my own, but then Sayers pushed the same reasoning far ahead into places I'd never thought of. Highly recommended.


The Formation of Christendom
This history of the "Dark Ages" (approximately AD 312-843) by Judith Herrin is a magisterial book charting the rise of medieval Christendom specifically in terms of religious, doctrinal, and ecclesiastical development. If RJ Rushdoony's The Foundations of Social Order is the landmark book on how creeds lay the foundation for history, this book is the landmark book on how history actually did develop out of those very creeds. I would call this a must read for all Christians.

Queen Victoria's Matchmaking
This one was just a ton of fun. Not only is this book a romp through the love-lives of Gilded Age royalty, it's brilliantly well-written (by Deborah Cadbury) with a sense of impending doom as this oh-so-sparkly, jewel-bedecked train heads straight for the cataclysm of World War I. Absolutely gripping and well-nigh unputdownable.

Inventing the Middle Ages
This book is a history, yes, and it's about medievalism, yes, but it's not a history of the Middle Ages! Instead, Norman F Cantor has written the history of the great medievalists of the 20th century, from Marc Bloch to JRR Tolkien to RW Southern. He shows how 20th century ideology dictated the growth of medievalist studies and charts the foundational names and book titles of 20th century medievalism. This book was not just metatextual medieval-nerd fun - it was also incredibly insightful and helpful.

The Problem of Slavery in Christian America
While I read a lot of non-fiction this year that was helpful, fun or important, this is the one I want to shine a spotlight on. This book, more than any other I've read this year, has changed my thinking and addressed some of the most fraught topics of our day. 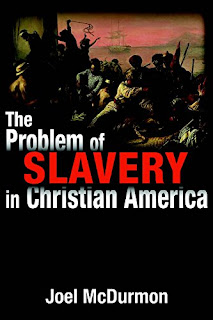 The Problem of Slavery in Christian America is the most important non-fiction I've read all year. As an amateur historian who reads widely in academic history texts, it was convincing. And as a Christian with a thirst for justice, it was absolutely heart-breaking. Read this book if you want to understand the history of racial issues in the US, and the church's complicity in them. (Full review here).

I read about 64 fiction books this year. As with my non-fiction reading, much of the fiction I read was market research, historical research, or professional development for my own writing! However, here are my top picks.

First some honourable mentions. Joanna Ruth Meyer's Beneath the Haunting Sea was a YA pastiche of Jane Eyre with The Silmarillion, and was one of the more unique and satisfying YA reads of my year. SA Chakraborty's The City of Brass is an eastern-inspired fantasy that constructs a complex but never heavy fantasy universe atop a delicate mesh of Islamic and Persian myth. Finally, Intisar Khanani's Sunbolt was a short, but intense and breathless YA fantasy that I keep comparing in a good way to my favourite parts of Robin McKinley's Sunshine. And moving on...


Dune
Frank Herbert's classic science fiction is a tragic and thought-provoking look at the classic Chosen One trope. A clear inspiration for the Star Wars universe, it also includes space wizards, desert planets, and a combination of feudal-esque politics with an eastern-inspired sci-fi setting that was exactly my cup of tea.

The Curse of Chalion
I'd never read any of Lois McMaster Bujold's speculative fiction before this year, and it's The Curse of Chalion, with its Renaissance-Spain-inspired fantasy setting, that has stuck with me. I loved the mature, capable protagonist of this book, as well as the thoughtful way that Bujold writes about faith and religion.

Spinning Silver
Friends of mine have raved about Naomi Novik for years, and this year I actually dug into her books. Spinning Silver is a fairytale inspired by Rumplestiltskin, in an Eastern-European-inspired fantasy setting, featuring beautiful writing, thematic richness, a likable cast of characters and a complex, enthralling plot.

Endless Water, Starless Sky
Tired of predictably edgy rebels in teen fiction? The second part of Rosamund Hodge's Romeo and Juliet retelling starts as a morality tale about an unpredictably edgy loyalist, then morphs into something weird and profound, with echoes of George MacDonald and Dante. I thoroughly enjoyed it, and can't wait to see what Hodge writes next.

Arthurian Romances
Can you believe I hadn't read Chretien de Troyes until this year? I know. (This is becoming rather a theme for this year's fiction). And my Fiction Book of 2018 is... 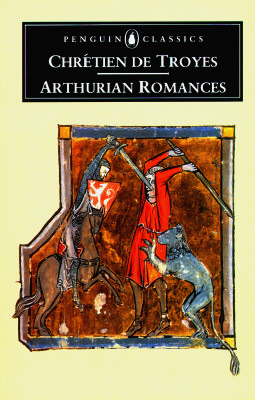 I read this book this year because it was written in around the 1180s, and I'm writing something set during that time period, and I wanted to get my head into the right place. And all the rumours were true - Chretien is adorable. This is some of the most accessible medieval literature you'll ever read, although when all's said and done, I think I still prefer Malory.

For "this year", read "last year" throughout.

I'm sorry. I'm too tired to go back and change it, and my brain hasn't yet quite caught up to the fact that it's now 2019!